According to Hindu mythology, Garuda is a half bird half animal, a chimerical creature who stole the pot of immortality from the Gods. In this 18 minutes video, Garuda is seen flying across the foggy skies of Bad Ems, moving between mountain valleys. With a pot of elixir of life in his hand, Garuda is believed to be spilling the liquid over landscapes across the world to enliven it back to life.

Making the city of Bad Ems immortal with its waters that emerged out of the first churning of the great oceans. In Sanskrit it is called ‘Samudra Manthan’ - the event in pre-history when land was formed on earth for the first time.

By some strange happenstance the journeys of Narad and Garuda are always coincided. Sightings of Garuda are reported by several locals in regions where Narad had travelled as well in his search for the elixir of life.

This work was developed during a 9 month fellowship program at Künstlerhaus Schloss Balmoral in the City of Bad Ems, Supported by University of Mainz, Germany, 2021/22. 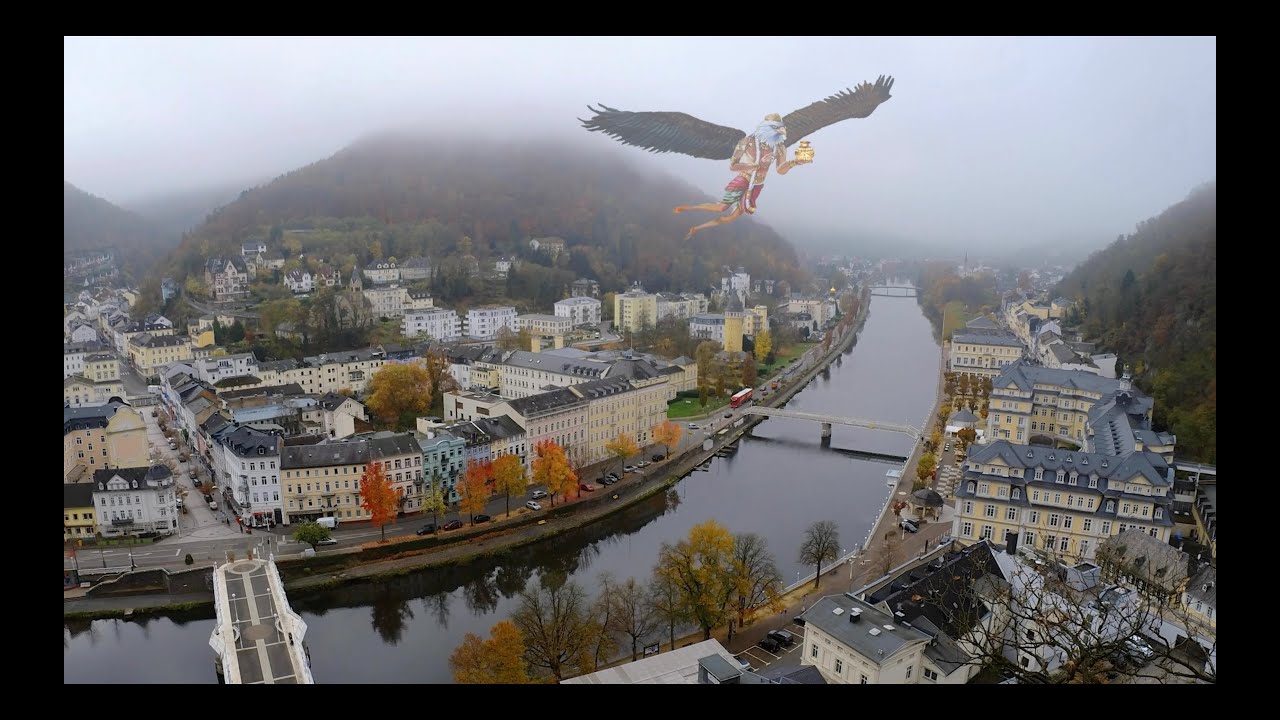