During the 11 days of the Public Art Intervention Summer school program, we ventured in the narrow lanes of Leh Old town, meeting the inhabitants and collecting anecdotes. These collected narratives were then told to the public within the city itself. Its streets became a narrative of varied expressions, the walls its canvas. The artworks and installations offer a possibility of negotiation between the city, its inhabitants and casual visitors. The Public Art Intervention project seeks to raise awareness on environmental and socio-cultural issues which are a concern in Leh and resonate worldwide.

The messages we wished to convey belong to Ladakh and its content is rooted in the local context. The two major local resources used in this project are the white clay soil (Mar Kalak) and Buddhist prayer flags that were ubiquitous in Leh’s cityscape. The white clay soil is used in traditional building technology to plaster the internal and external walls of mud and stone houses. It protects them from rain and snow fall and acts as insulation.
The Buddhist prayer flags or Mane flags have become a symbol of Ladakh tied on rooftops of houses and monasteries, between two sides of the roads. The prayers on the flag blow with the winds and bless the landscape.
This project looks at these flags without its religious connotation and decorative value. A new set of prayers for our contemporary times is screenprinted on the flags - a kind of subversion of its original form yet retaining the meaning of hope and wellbeing for the coming times. “Tomorrow there will be apricots” is the new mantra repeated on these flags.
Both these resources abundant in Ladakh, Mar Kalak and Buddhist flags are employed in the project as means to express a message; their original function is adapted for a new purpose. This message conveyed through artworks thrive to raise awareness on issues from Leh that also echo globally. Binded by a hopeful note, the message is spread throughout the town to directly reach the inhabitants and visitors in Leh city. 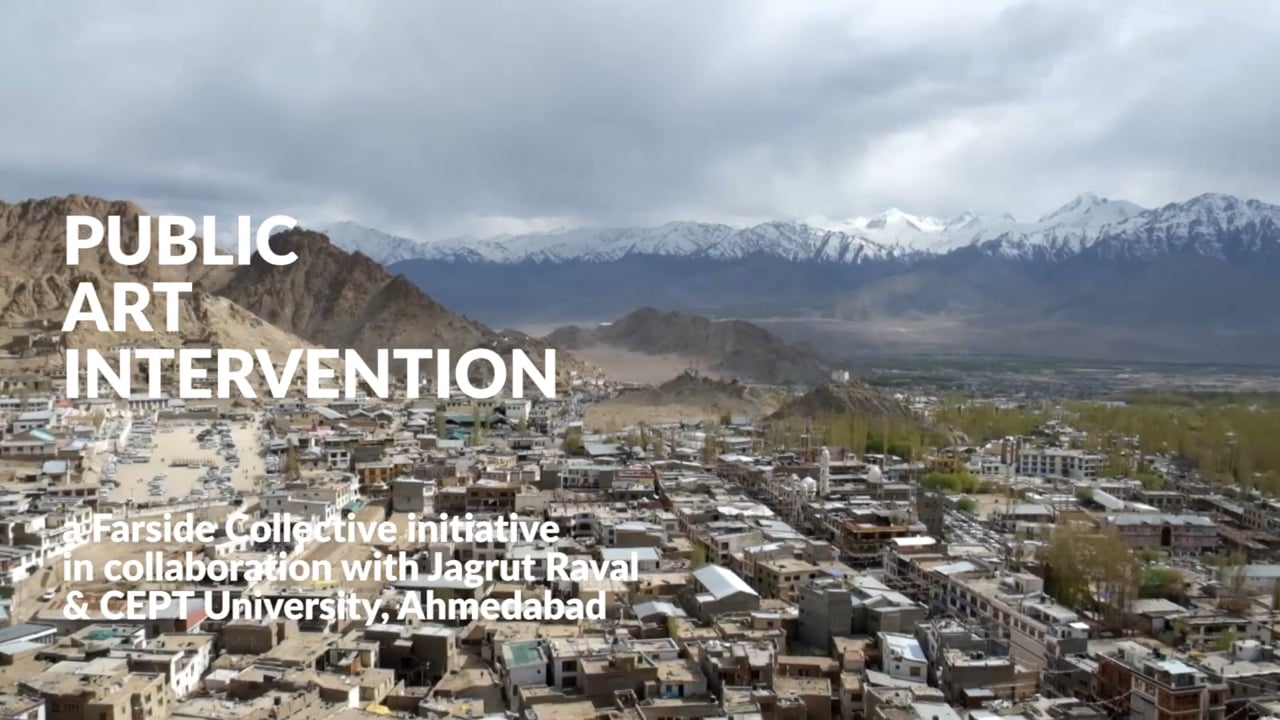