I bought few plastic table clocks from a local flea market in India and set them on fire. I video recorded the entire event from a single vantage point. Each clock was doused with gasoline and lit with a match until the clock melted.
These meditative images allow me to find meaning and connections to my own experience of having been brought up as a Hindu in India surrounded by rituals that include fire as a main sacrificial entity. Funeral pyres used to cremate dead bodies are an unavoidable association. However difficult it might be to avoid association with death, destruction, and ruination by fire, fire can also be seen as a renewal of a new phase after the destruction. Fire not only destroys, it becomes an originator in the vast endless cycle of life and death. Time itself originated in the presumably fiery explosion of the Big Bang.
This body of work also includes studio photographs of molten clocks. They serve as a momentary record and a memorial of the never ending process of life after destruction. Deliberately lit and larger than life size, the clocks become memento mori monuments. 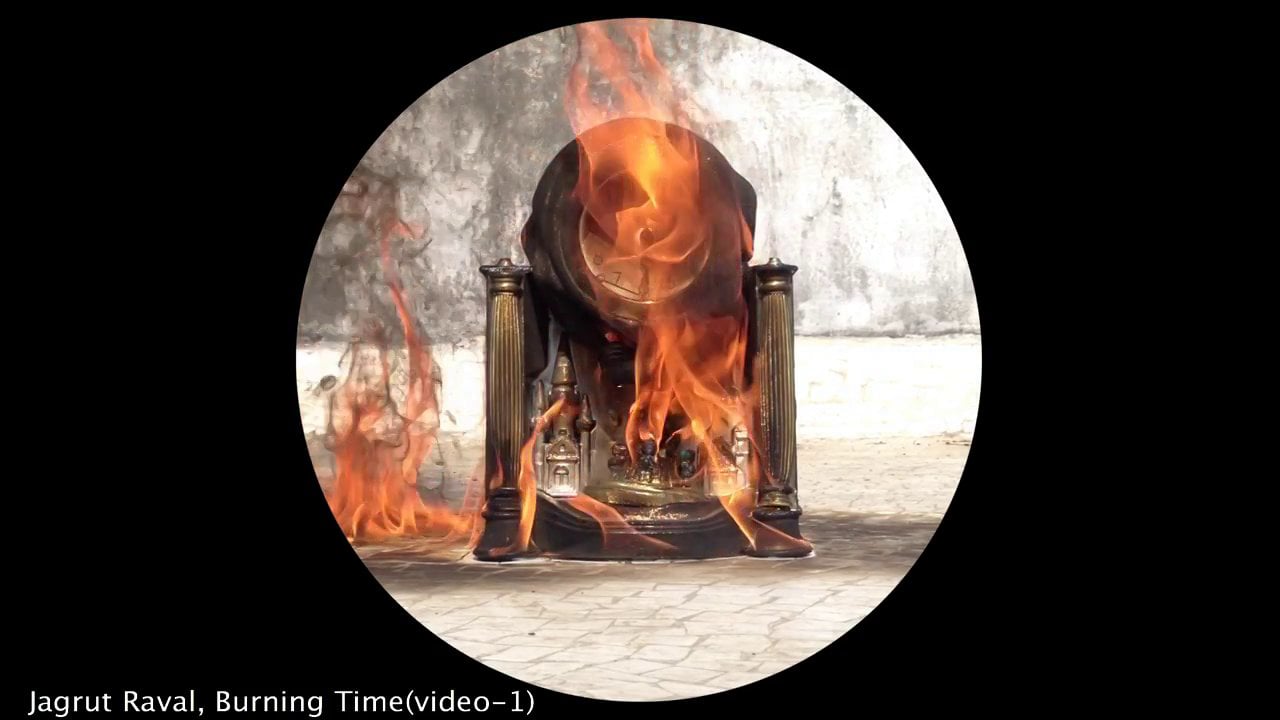 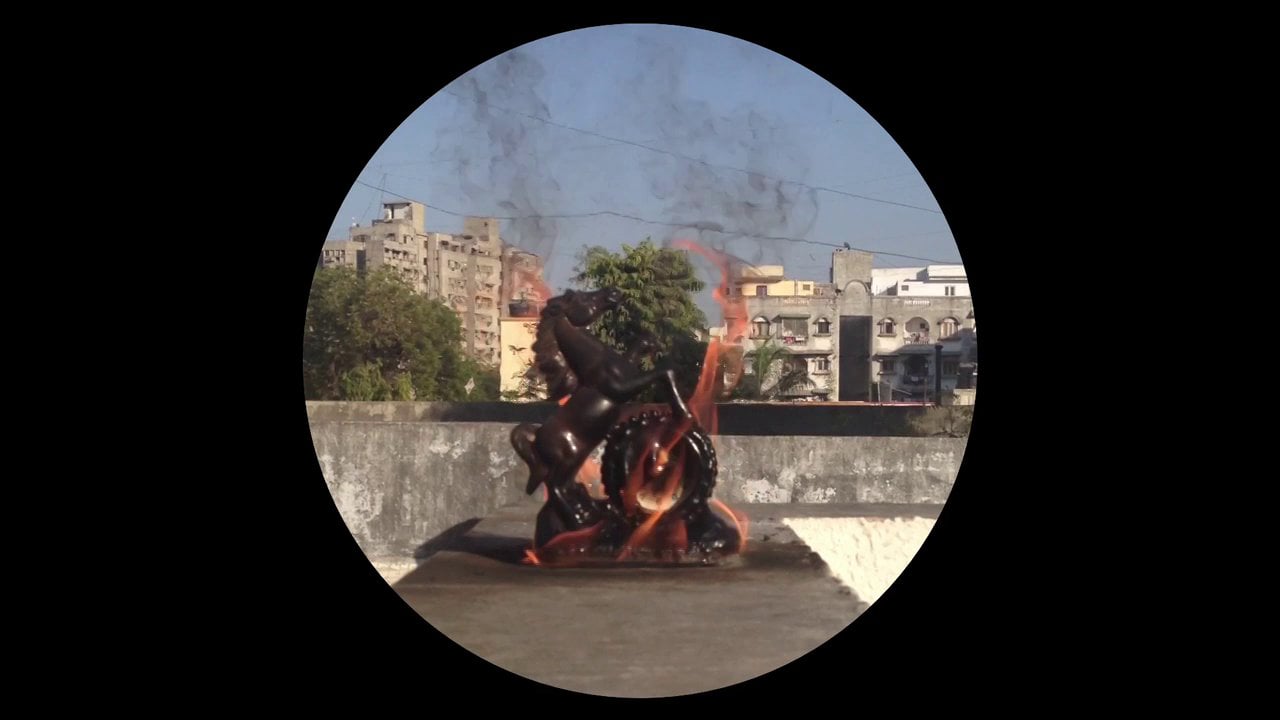